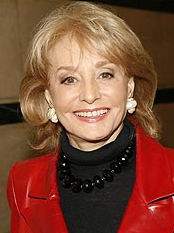 The New York Daily News reports Barbara Walters wanted to tap NSA leaker Edward Snowden as this year’s most fascinating person for her upcoming special, but was overruled by ABC executives.

Snowden will be on the list, just further down, the Daily News reports:

Snowden, who did land further down on the list, is particular about his outlets, relying mainly on journalist Glenn Greenwald — formerly of the Guardian — to tell his stories, and would not participate. Instead, the network did a write-around with old interview clips for his part, much like they did with Gen. David Petraeus in 2012.

The report suggests Walters was fascinated by Snowden, thinking he’ll be named TIME’s person of the year.