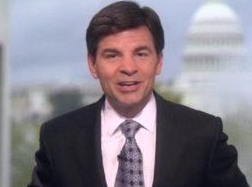 After bringing back George Stephanopoulos to replace Christiane Amanpour on Sunday’s “This Week” political talk show, ABC is making a change behind the scenes as well.

The network’s news president, Ben Sherwood, said Friday that Jon Banner will replace Rick Kaplan as the show’s executive producer. Banner was a longtime producer of “World News” before taking on a wider role recently at ABC News.

“This Week” has been sinking in the ratings behind NBC and CBS, and Stephanopoulos agreed to come back to the show while continuing as co-anchor of “Good Morning America” during the week.