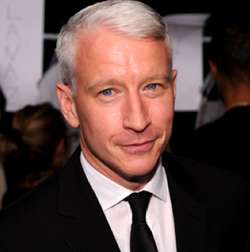 Anderson Cooper has extended his relationship with CNN and confirmed his plans to move forward with a daytime talk show.

“I am pleased that Anderson Cooper has extended his relationship with CNN and will be with us for years to come,” CNN Worldwide President Jim Walton said in a statement. “I am also pleased to congratulate Anderson on his new relationship with Telepictures. We think it will be good for Anderson, good for CNN and good for Time Warner.”

“I remain as committed as ever to my program on CNN, and will be with CNN for years to come,” Cooper added.

The New York Times reports that Warner Brothers confirmed that Cooper has signed on for daytime talk show, which will be shopped around for debut in fall 2011.

“Anderson Cooper is one of the most distinctive voices of the next generation of television,” Ken Werner, Warner Bros. Domestic Television Distribution President, said. “His popularity and skills uniquely position him to be the next big syndication franchise.”

Cooper, who is CNN’s leading newsman, is reportedly “close to a deal” with Telepictures Productions and Warner Bros. Domestic Television Distribution for a daytime talk show to air in fall 2011.

Cooper regularly sits in for Regis Philbin on “Live! with Regis and Kelly,” where he’s proved he’s can try on new glasses or call himself a loser and is as capable with lighter topics like human mattress dominoes, reality TV and exercise segments as he is with the crisis situations he’s built his career on.