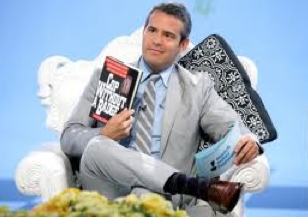 The New York Times reports that the Bravo series, which delivers fabulous observations and commentary on the network’s shows and topics of the day, is expanding to a five-nights-a-week schedule beginning January 8.

“Watch What Happens: Live,” which currently runs on Sundays and Mondays at 11 p.m., will air Sunday through Thursday. The decision to retain Sundays, rather than moving the show to a more traditional Monday-Friday schedule, gives the network the change to capitalize on Bravo programing and on the lack of late-night competition that Sunday offers.

Cohen routinely brings on characters from Bravo shows, such as the various “Real Housewives,” to his ‘Watch What Happens.”

Alas, all of the additional merriment and dish will come at a cost; with his hosting duties taking up more of his time, Cohen will relinquish his role as Bravo’s executive vice president — though he will remain an executive producer for series such as the “Real Housewives” franchises and “Top Chef.”