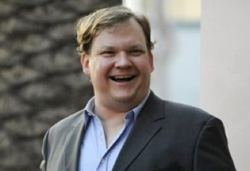 In a statement, Richter said that he was excited to make the transition to the new show. “However, I am mostly looking forward to getting out of the house again,” he added.

O’Brien claimed not to know how Richter had secured the job. “This decision was made without my authority,” he said. “I will get to the bottom of this.”

Richter and O’Brien have been working together since 1993, when O’Brien’s show on NBC first started. Richter left that show in 2000, but returned to O’Brien’s side in 2009 for his ill-fated transition to “The Tonight Show.”

While Richter is staying on, O’Brien will have to do without his former bandleader, Max Weinberg, who announced in late September that he would not join “Conan.” In October, Weinberg revealed that health problems had contributed to his decision.