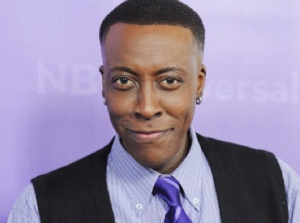 Arsenio Hall, whose meteoric rise in the late-night talk show game made him a 1990s icon, is returning to the late night game.

Hall, 57, has inked a deal with CBS Television Distribution for a syndicated nightly talk show to air Mondays through Fridays. The new show is scheduled to premiere in the fall of 2013.

“We’re excited to welcome Arsenio back to the family and partnering on his new, late-night syndicated talk show,” CBSTVD president John Nogawski said in an announcement Monday.

“Years ago, he transcended time periods and attracted a crossover audience while bringing a fresh perspective to late night. That same need in the market exists today as when we originally launched,” he added.

The “Arsenio Hall Show,” ran from 1989 through 1994. Hall’s playful banter with audiences and guests and his ability to appeal to a young and diverse demographic made the show a surprise success. His distinctive chanting of “Woof, Woof, Woof!” while pumping his fist caught on across the country in 1991, and quickly became a pop culture sign for enthusiastic approval.

After his show ended, Hall made scattered appearances on programs like “Star Search,” as a guest host on “Access Hollywood Live” and CNN’s “Piers Morgan Tonight.”

Earlier this year Hall launched a comeback as a contestant on the fifth season of “The Celebrity Apprentice.” He ultimately beat out fellow finalist Clay Aiken to be selected as the winner on the show.