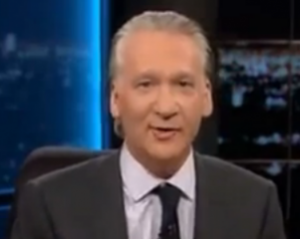 HBO host Bill Maher launched an unlikely defense for Rush Limbaugh Tuesday evening, urging liberals to back off from the much maligned radio host.

Maher has his own share of misogynistic comments towards women, calling Sarah Palin a “cunt” and labeling her and Rep. Michele Bachmann “bimbos.”