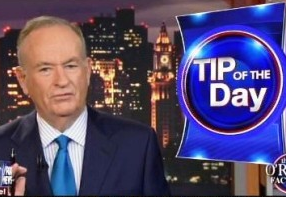 Bill O’Reilly ended his Thursday night show apologizing for incorrectly claiming the night before in two separate segments that no conservatives or Republicans were invited. There were multiple reports to the contrary yesterday and today, and O’Reilly admitted he got it wrong.

O’Reilly thought it was a mistake that the invited Republicans didn’t attend, but admitted his on-air misstatement was “entirely on me,” saying he merely “assumed” Republicans were excluded. He told his audience in his Tip of the Day, “Always check out the facts before you make a definitive statement, and when you make a mistake, admit it.”

“Kris Jenner Show” Is Not Canceled

What will entertainment look like after COVID? Hybrid events for live and streaming crowds, plus more Zoom