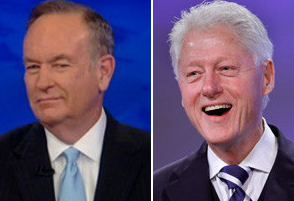 Bill O’Reilly will interview President Bill Clinton on his Fox News show on Tuesday. Clinton is visiting O’Reilly’s show to promote his new book. It will be his first appearance on the program.

TVNewser reported that the interview will also include a discussion of politics, including the Republican primary race and President Obama’s leadership.

Clinton’s appearance will air during “The O’Reilly Factor” on Tuesday evening.

Clinton has been making the media rounds promoting his book “Back to Work,” and has appeared on MSNBC’s “Morning Joe,” NBC’s “Today” and ABC’s “The View.”