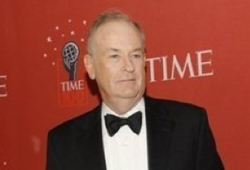 Fox News host Bill O’Reilly will pick up the legal tab of the father of a fallen U.S. Marine after a judge ruled that he must pay the court costs of the members of the controversial Westboro Baptist Church, who he sued for protesting his son’s funeral.

This particular church is infamous for protesting the funerals of U.S. servicemen with signs saying God killed the soldiers because of homosexuality in America, among other things.

O’Reilly called the legal fees an “outrage” and said “I will pay Mr. Snyder’s obligation. I am not going to let this injustice stand.”