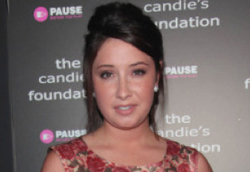 Mix 96.9, a Clear Channel music station, offered Palin a job as a co-host on the station’s morning show. She recently bought a house in the area.

Ron Price, the station’s director, assured New Times that the offer was not a stunt.

“It is an official offer to a very well-known personality, who may be looking for a new career in what will most likely be her new home state,” Price said.

In a letter to Palin, the station said her “natural talent” led them to make the offer.