Nate is a preschooler whose love for geography, countries, flags, and more has really put him on the map! Courtesy: EllenTube

Photo Courtesy: “Ellen” It was Michelle Obama’s fourth appearance on ‘The Ellen DeGeneres Show’ and this time The First Lady challenged Ellen to a dance-off  prompted by Obama’s ‘#GimmeFive” challenge which celebrates the fifth anniversary of her ‘Let’s Move’ campaign to raise awareness about active, healthy living and combat obesity in the United States.  The […] 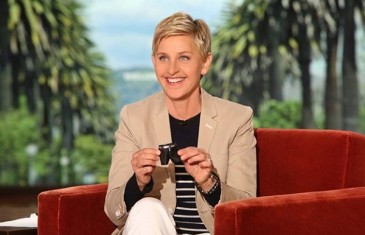 Courtesy of Fashion Times Known for her deadpan humor and iconic talk-show, comedienne Ellen DeGeneres is surprisingly also passionate about home design. DeGeneres will release her first interior design book titled “Home” in 2015. USA Today reported that the tome will be issued in the fall of 2015. The book will feature hundreds of ideas […]

Ellen had a special version of her segment to show her audience… especially the dancers.