Matthew Broderick Has The Sex Talk with Letterman

Matthew Broderick talks about having the uncomfortable conversation of sex with his son on ‘The Late Show with David Letterman’ Courtesy:  The Late Show (CBS)

Speaking on The Late, Late Show with guest host Regis Philbin, Letterman questioned Corden’s commitment to the job. The legendary American late night host – who is retiring from hosting duties for The Late Show with David Letterman later this year – has been less than complimentary about the British funnyman’s taking over The Late, […] 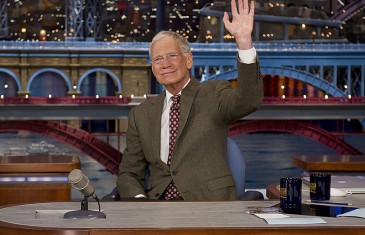 David Letterman to End ‘Late Show’ in May

Courtesy Time David Letterman will end his run as host of The Late Show on Wednesday, May 20, CBS announced Wednesday. Letterman has hosted the CBS show for 22 years, and his 32 years total at the job make him the longest-tenured late night talk show host on TV. Read More on Time

Eva Longoria has been seen in skimpy clothes everywhere from red carpets to the gas pump. But, apparently it’s a whole different experience up-close. At least according to David Letterman on ‘Late Show.’ Not helping matters was a possible wardrobe malfunction with the suit jacket she was wearing with nothing underneath. But even before that […]