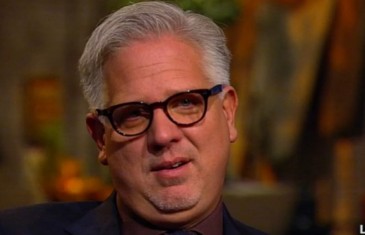 Justin Bieber compares his harsh treatment by the media to school bullying in a new interview. The Biebs called into Ryan Seacrest’s radio show from Australia on Monday and spoke about a range of topics, including his increasingly muscular body, new tattoos, wrapping up his world tour, the new track “Confident,” his upcoming movie Believe, […]

Rush Limbaugh Praises Nelson Mandela, After Attacking Him For Years

On the December 6 edition of his radio show, Rush Limbaugh argued that Mandela “had more in common with Clarence Thomas than he does with Barack Obama,” claiming that he was more like American conservatives because he “insisted on compliance with his country’s constitution,” whereas liberals, Limbaugh asserted, only care about “skin color and oppression” […]

Kanye Went went off on President Obama during an interview on Philadelphia’s Hot 107.9 FM Monday morning. As Gossip Cop previously reported, Obama infamously called West a “jackass” last year, and just this summer said that the rapper and fiancé Kim Kardashian represent a warped American dream. Given their apparent beef, West was asked if […]

Miley Cyrus: “I’m One Of The Biggest Feminists In The World”

Miley Cyrus considers herself to be a feminist, despite what some critics say about her sexed up image being detrimental to young girls. Appearing on BBC’s “Newsbeat” on Wednesday, the pop star shared, “I feel like I’m one of the biggest feminists in the world because I tell women to not be scared of anything.” […]

Mariah Carey really did NOT enjoy her time on “American Idol.” In a new interview with Angie Martinez of Hot 97, the singer opens up about her tumultuous stint on the competition series. “Honestly, I hated it,” says Carey of the experience, going on to describe how it wound up being far different than what […]

Lady Gaga and Taylor Kinney are still going strong, and the singer opened up about what makes their relationship work on Tuesday’s “Howard Stern Show.” “We don’t have any rules about calling each other at certain times… We’ll go days at time without talking and then we’ll talk for every day. The way that it […]

Kanye West does a lot to provoke, but this time he might have gone just a wee bit too far. His Yeezus tour has featured merchandise with the Confederate flag on them, and was even spotted wearing a jacket with the flag on it over the weekend. And somehow, he believes it’s perfectly all right. […]

Kanye West: Kim Kardashian and I “Get Paid to Exploit Ourselves”

Kanye West appeared on the Power 106 “Big Boy’s Neighborhood” morning show on Monday, where he discussed everything, including being “nervous” to propose to Kim Kardashian, the problem with “luxury,” his issues with paparazzi and beyond. During the interview, he compared himself to Michael Jordan and Michael Jackson, declared that he’s a “Christian revolutionary visionary […]

CNN host Piers Morgan was a guest on Howard Stern‘s SiriusXM radio program this morning. As Stern often does, he got Morgan to open up about his future at CNN, and his thoughts on the competition. Take for example this anecdote about Fox News host Bill O’Reilly, who ignored Morgan when the CNN host asked […]