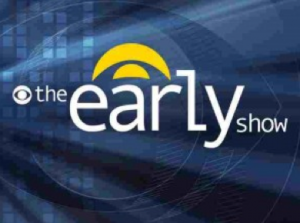 How much did CBS spend to cancel “The Early Show”? Somewhere in the ballpark of $40 million. The network announced its Q4 earnings last week, and it included $46 million in restructuring charges, with most of that from the network morning show.

While it may seem like a substantial loss, the network said it expected to recoup that loss in about a year and a half. As the New York Times notes:

The network laid off nearly two dozen staff members and moved out of a street-side studio on Fifth Avenue in New York City; the replacement for “The Early Show,” called “CBS This Morning,” started in early January inside a new studio at the CBS News headquarters a mile away. CBS Corporation’s chief financial officer, Joseph Ianniello, said the company would recoup the costs in 12 to 18 months.