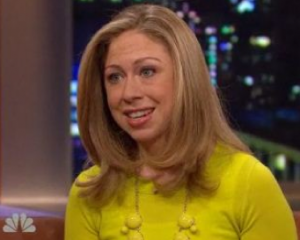 It looks like NBC and Chelsea Clinton will extend their deal. The Washington Post’s Erik Wemple and New York Times‘ Amy Chozik both reporting the news with Chozik writing Clinton “will extend her three-month contract” with Wemple adding his sources “wouldn’t comment on how long the new agreement will extend the rookie correspondent.”

An extended deal will take her closer, if not beyond, the presidential election. As she would need to adhere to NBC News standards, this means the former first daughter won’t be able to fund-raise or formally campaign for the Obama re-election team.