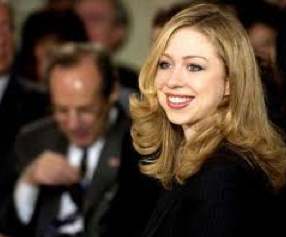 NBC announced Monday that it has hired Chelsea Clinton to become a full-time special correspondent for NBC News.

The appointment was immediate. Ms. Clinton will begin work on stories that NBC expects to use as part of its “Making a Difference” series, which runs on “NBC Nightly News,” said Steve Capus, president of NBC News.

Ms. Clinton has been a national figure since her father won the presidency in 1992, but she has remained — first by her parents’ request and then by her own choice — largely out of the public eye.

Mr. Capus said an intermediary contacted him in July with word that “she was kicking around what she wanted to do next.”

Mr. Capus said he had met with Ms. Clinton and had a long conversation that began with a simple question. “I asked her: ‘What are you interested in doing?’ ”

Ms. Clinton told him, he said, that during her mother’s campaign for president in 2008, she had been moved by stories of people making personal contributions.

“What we talked about was if she were to come on board that’s the kind of thing she would be interested in doing,” Mr. Capus said.