Chris Hayes Bans Talking Points and Sound Bites on ‘Up’ 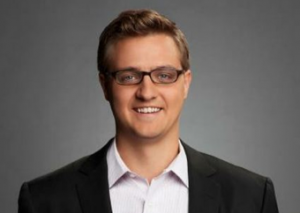 Just a few weeks after the release of his book, MSNBC’s Chris Hayes was the subject of a pair of articles this weekend. The “Up” host tells the New York Times about his tactics to set his weekend show apart from the competition:

Guests are encouraged to go deep into the issues of the week, and not try to score cheap-shot points to win the debate. It is a point that Mr. Hayes hammered home at 7:15 a.m. on a recent Saturday, when he strode into the green room off Studio 3A at 30 Rockefeller Center to fill in two guests, both college professors, on the ground rules.

“The first and foremost important rule of the show: we’re not on television — no talking points, no sound bites,” he said, his hair still a bed-head tangle and his suit collar askew. “We have a lot of time for actual conversation. So actually listen, actually respond.”

Chris Hayes Bans Talking Points and Sound Bites on ‘Up’

Who Will Fill Oprah’s Shoes?