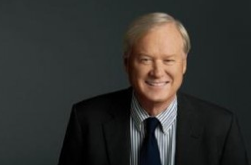 MSNBC’s Chris Matthews will sit down with President Obama in an interview that will focus on healthcare, confidence in government, political dysfunction and voter suppression.

The interview, a town hall-style format at American University in Washington D.C. happening Thursday as part of the “Hardball College Tour,” will air on Thursday night’s “Hardball” at 7pmET. Matthews will be joined by university students, who will get to ask the President their own questions.

Fusion’s Jorge Ramos sits down with the former President on tonight’s “AMERICA with George Ramos” at 8pmET from Clinton’s home in Chappaqua, New York. Portions of the interview will air on “Noticiero Univision” and on this Sunday’s “Al Punto.”