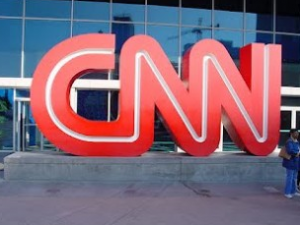 CNN, with its vast news-gathering resources and a heap of international channels, is set to make nearly $600 million in operating profit this year, a record high, for its parent company, Time Warner. But the downward ratings trend for CNN/U.S., its flagship channel in the United States, has stirred discontent within CNN and Time Warner. Performance of CNN/U.S. drives public perception — and employee pride — and declines there may gradually damage CNN’s networks as a whole.

Jeffrey Bewkes, the Time Warner chief executive, has made his dissatisfaction about the CNN/U.S. ratings known to his lieutenants and expects them to make changes, according to some of the 15 current and former CNN employees interviewed for this article. Those people, representing a wide cross-section of the channel, spoke on the condition of anonymity because they were not authorized by their bosses to talk to a reporter.

One of the employees said that Jim Walton, who oversees all of the CNN networks, and his boss, Philip I. Kent, who runs the Turner Broadcasting division of Time Warner, were under “intense pressure” to raise the ratings this spring.

In a statement, CNN said: “Despite the perennial ratings stories and quotes from anonymous sources, CNN continues to deliver quality journalism which is uniquely valuable to audiences, advertisers and distributors. In fact, CNN is on track to deliver its highest profits in its history and continues to reach more people on more platforms than any other TV network.”

CNN embarked on a series of programming changes in late 2010 and continued making them through early this year, effectively remaking the weekday schedule. Among other changes, Soledad O’Brien is now the morning host, Erin Burnett is the 7 p.m. host and Piers Morgan is the 9 p.m. host. Executives were hoping for an overall ratings lift, but have been disappointed.

Further programming changes may take place at the channel. But “first we need better execution of the current programming,” said a Time Warner executive.