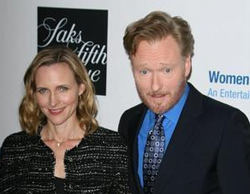 O’Brien jokingly compared himself to Sheen during his speech at the event, which was in aid of ‘Malaria No More’. The 48-year-old brought up his highly published battle with Nbc and compared it to Sheen’s fight with CBS, saying, “This is the thing that pisses me off.

After NBC replaced O’Brien with Jay Leno in 2010, the host went on a 30-city live tour entitled ‘The Legally Prohibited from being Funny on Television Tour”. Co-host Andy Richter joined O’Brien for the shows along with members of the former ‘Tonight Show Band’.

Nicolas Cage's Return to Talk Shows Is a Chaotic Delight