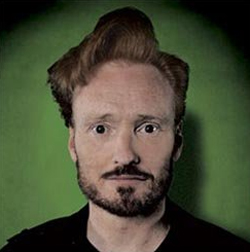 According to the Live Feed, ‘And They Call Me Mad? will feature O’Brien’s improvised spoken word act that was inspired by the legend of Frankenstein. The album also includes an interview with O’Brien conducted by White Stripes’ Jack White.

‘Conan O’Brien Live at Third Man,’ features rockabilly songs by O’Brien and his band. White also performs a duet with O’Brien on this album.

The first album is set to ship on Aug. 24. Ordering information can be found on White’s Third Man Records site. Both albums expected to be on iTunes next week.