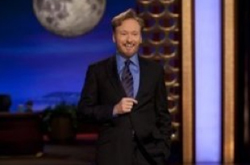 Conan O’Brien’s return to television demolished his late night competition in the ratings.

The premiere of “Conan” on TBS drew 4.2 million viewers, with a whopping 3.3 million of them in the coveted 18-49 demographic.

Of course, the ratings for O’Brien will likely drop in the coming weeks, but he and TBS can still cheer about the figures for his debut.