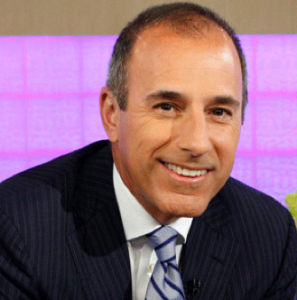 TV Guide‘s Stephen Battaglio writes about Matt Lauer‘s new deal with NBC, and scoops that there is more to it than just “Today.” According to Battaglio, Lauer’s contract includes a program development deal, as well as a stake in syndicated programs he may develop outside of the NBC morning show.

One idea already being kicked around is spinning off Lauer’s regular segment “Today‘s Professionals,” in which he spars over hot-button issues with a panel that includes Star Jones, Donny Deutsch and Dr. Nancy Snyderman. The segment could also be developed into a fifth hour of Today.