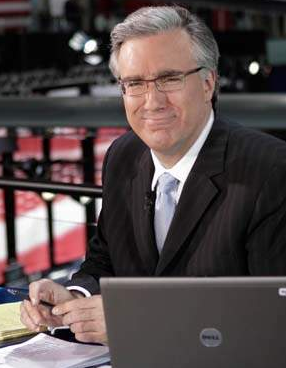 The New York Times’ Brian Stelter breaks the news that Current TV has let go Keith Olbermann, and will replace him starting tonight with Eliot Spitzer, denying Olbermann to give a send-off or special comment to his viewers. Spitzer, like Olbermann, also had experience at MSNBC, where he appeared as a guest anchor. Olbermann had been suspended by MSNBC for violating its rules on campaign contributions, an event that soured his relationship with the network, before his departure from MSNBC opened the door to his deal with Current. He was at one point a high-profile acquisition for the network, founded by former Vice President Al Gore to provide a more progressive take on the news. But his ratings fell and his relationship with Current quickly foundered.

In an open letter to Current viewers, Gore and co-founder Joel Hyatt wrote “We created Current to give voice to those Americans who refuse to rely on corporate-controlled media and are seeking an authentic progressive outlet. We are more committed to those goals today than ever before. Current was also founded on the values of respect, openness, collegiality, and loyalty to our viewers. Unfortunately these values are no longer reflected in our relationship with Keith Olbermann and we have ended it.” Olbermann had complained about technical issues on his set and squabbled with the network over his role in its coverage of the Republican primary, though he ultimately agreed to anchor those segments.

A source familiar with the decision-making process at Current said the choice to terminate Olbermann was based on what the network felt were violations of three tenets of his contract: a series of unathorized absences, a failure to promote the network, and disparagement both of Current as a network and of its executives individually. The source said that Olbermann missed 19 of his 41 working days in the months of January and February, and that Olbermann was told that if he took a vacation day he had requested for the night of March 5, it would be considered a breach of his contract. Olbermann took the day off, and former Michigan Gov. Jennifer Granholm ran a two-hour edition of her show, the War Room, in his place. The charges that he disparaged the network likely stem from the disputes over election coverage, when Olbermann said in a public statement: ““I was not given a legitimate opportunity to host under acceptable conditions. They know it and we know it. Telling half the story is wrong.”

In a series of Tweets after that letter was released, Olbermann sharply criticized Current’s leadership and said that he would sue the network, writing:

I’d like to apologize to my viewers and my staff for the failure of Current TV. Editorially, Countdown had never been better. But for more than a year I have been imploring Al Gore and Joel Hyatt to resolve our issues internally, while I’ve been not publicizing my complaints, and keeping the show alive for the sake of its loyal viewers and even more loyal staff. Nevertheless, Mr. Gore and Mr. Hyatt, instead of abiding by their promises and obligations and investing in a quality news program, finally thought it was more economical to try to get out of my contract.

It goes almost without saying that the claims against me implied in Current’s statement are untrue and will be proved so in the legal actions I will be filing against them presently. To understand Mr. Hyatt’s “values of respect, openness, collegiality and loyalty,” I encourage you to read of a previous occasion Mr. Hyatt found himself in court for having unjustly fired an employee. That employee’s name was Clarence B. Cain. http://nyti.ms/HueZsa

In due course, the truth of the ethics of Mr. Gore and Mr. Hyatt will come out. For now, it is important only to again acknowledge that joining them was a sincere and well-intentioned gesture on my part, but in retrospect a foolish one. That lack of judgment is mine and mine alone, and I apologize again for it.

Olbermann’s longtime attorney Patty Glaser has vowed a tough fight with the network after negotiations over a severance payment for Olbermann failed. And Current has hired a team of crisis public relations experts to help guide their response.