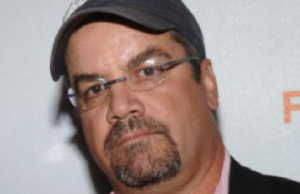 Investigation Discovery’s “On the Case with Paula Zahn” has hired Joe Halderman, the CBS News producer who attempted to blackmail David Letterman in 2009.

Halderman, a former producer for “48 Hours Mystery,” joined the staff of the hour-long documentary crime program a few weeks ago. He is a producer on the show, and is not expected to work in the field. “On the Case” is not believed to be the first opportunity Halderman has had to work after being released from prison late last year.

“On behalf of On The Case’s production team, we have been impressed with Joe Halderman’s professional accomplishments as an Emmy award-winning producer for 48 Hours and CBS News,”said Scott Weinberger, the EP of ‘On the Case,’ in a statement. ” With the network’s prior approval, the team has brought Halderman on as a producer for On The Case. We are confident that Halderman will make significant contributions to the success of our award-winning investigative newsmagazine.”

With its crime focus, ” On the case” would seem to be a perfect fit for Halderman, given his “48 Hours Mystery” credentials, and indeed someone familiar with the situation says it was those credentials that made the decision to hire him an easier one.

In 2009, Halderman attempted to blackmail CBS “Late Show” host David Letterman for $2 million, and threatened to release embarrassing details about the late night host’s personal life. Letterman would end up revealing those details himself, on his show, when he admitted to sleeping with members of his staff, including a woman Halderman had been seeing. The producer pleaded guilty to blackmail in early 2010.

He was actually nominated for an Emmy Award for his work on “48 Hours Mystery” and was released from prison in time for the ceremony, but he did not attend.

“On the Case with Paula Zahn” airs on Investigation Discovery Sunday nights at 10 PM.