Ed Schultz to Join Democrats on Retreat About Election Strategy 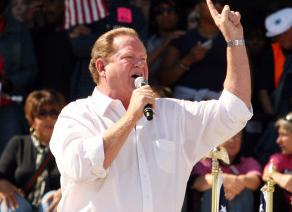 Ed Schultz is hanging with the House of Representatives.

The MSNBC host will be joining House Democrats on a retreat in Cambridge, Maryland on Wednesday, according to the Roll Call. The focus of the retreat, which has the theme “Reignite the American Dream,” will be honing the group’s message about jobs and the economy going into the 2012 election.

Schultz will speak on a panel about Minority Whip Steny Hoyer’s “Make it in America” plan. The retreat’s other discussions will largely focus on core policy issues, and also feature Rep. Jesse Jackson Jr. speaking on the “History of the Democratic Party: the Struggle for Rights.”

In November, Rep. Jim Moran of Virginia asked Schultz to speak at a Democratic event in January to “motivate the Congressional progressives.”

Ed Schultz to Join Democrats on Retreat About Election Strategy