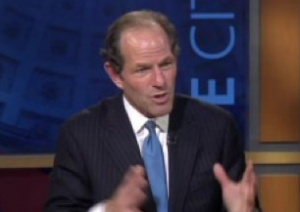 Former New York Governor Eliot Spitzer is adding yet another TV gig to his plate. Spitzer, who hosts the 8 PM program “Viewpoint” on Current TV, will become a regular panelist on NY1′s “Inside City Hall,” as part of the “Wise Guys.”

Spitzer of course is the former co-host of “Parker Spitzer” and “In The Arena” on CNN. Neither program worked out, though clearly that has not stopped the former Governor from trying to make a public comeback via the media. “Inside City Hall” may not have the reach of CNN or even Current TV, but it carries clout among those in New York’s inner political circles.