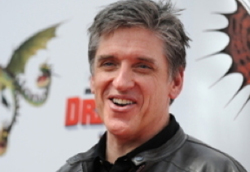 The FBI and police said Wednesday they were investigating a threatening letter sent to a late night CBS television host that contained a powder that resembled anthrax, but which turned out to be harmless.

The letter mailed from France arrived at the CBS offices of the Late Late Show hosted by Craig Ferguson.

It was opened by interns, leading to a call to authorities to test the powder, finding it to be non-harmful, according to Los Angeles police Karen Rayner, who added that the investigation was continuing.

Police declined to comment on the nature of the threats in the letter.

The incident provided fodder for the Scottish-American comedian, who joked about it during his show on Tuesday.

“All the Late Show employees had to leave the office so no work got done. It was just like a regular day here. This was the most attention this show has ever gotten,” he quipped.

He also pondered the reasons why the letter would come from France: “I did do that Gerard Depardieu joke but his preferred weapon of choice is pee.”

The letter came days after a jihadist has called on Muslims to murder another talk show host, David Letterman, saying he deserved to have his tongue cut out for joking about an Al-Qaeda leader killed in Pakistan.

Paul Rudd Thanks Woman Who Picked Him Up Hitchhiking