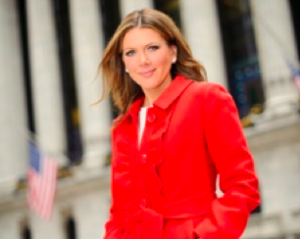 Former CNBC anchor Trish Regan is joining Bloomberg Television as co-anchor of “Street Smart” which will air from 3-5pmET weekdays beginning January 9. She will also anchor a number of primetime specials and help lead anchor coverage of the 2012 Presidential election campaign.

Regan, who left CNBC in March, has been doing freelance work for ABC News, including as recently as last night when she was on “World News” talking about holiday shopping and the economy.

“Trish is an accomplished broadcast journalist and skilled reporter who has covered some of the most important global economic stories of our time,” said Bloomberg TV’s Andrew Morse. “She’ll play a key role on our Bloomberg team as we move forward with our goal of becoming the most influential business and financial news network.”

Regan is represented by John Ferriter and George Arquilla at Octagon, the same agency that represents CNN’s Piers Morgan and Erin Burnett.

Oprah Refuses to Take Pictures at Her Christmas Party