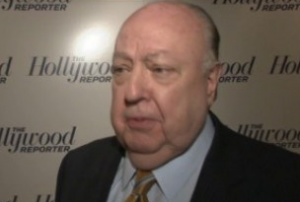 Fox News president Roger Ailes attended an event celebrating The Hollywood Reporter‘s “35 Most Powerful People in Media,” where he was asked to weigh in on such topical matters as the future of recently ousted Current TV host Keith Olbermann.

Ailes said: You’d have to find somebody as crazy as he is, I’m afraid I think Keith… You talk about burning bridges. This guy really burns ‘em. Now, I feel sorry for anybody who’s out of work, so I don’t want to trash him or say anything negative about him. He was great at sports, I thought. And everybody has some redeeming quality, so people find a job again. But it’ll be, you know. A pet show in St. Louis, or something.