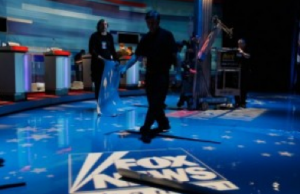 The Fox News “mole” Joe Muto is making the next logical step after losing his producing gig at the network: writing a tell-all memoir. According to the New York Observer‘s Kat Stoeffel, Muto is shopping the book (tentatively titled An Atheist in the Foxhole) with the promise of salacious details from his tenure at FNC, including gossip related to Bill O’Reilly:

Unlike MediaMatters.org’s straight-faced The Fox Effect and Gabriel Sherman’s forthcoming (and reportedly deeply reported) The Loudest Voice in the Room, Mr. Muto’s book is pitched as a How to Lose Friends and Alienate People-style industry memoir in a Dave Barry/David Sedaris tone. The proposal outlines chapters devoted to the “cheapness and stinginess” of Fox News (“cannot be overstated”), Mr. O’Reilly’s morning ritual (“lots of yelling”) and—“in what’s certain to be the most talked about chapter of the book”—the 2004 sexual harassment suit filed against Mr. O’Reilly.