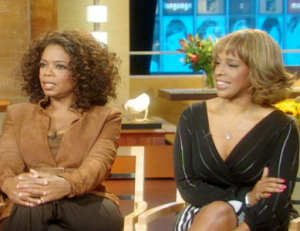 “CBS This Morning” co-anchor Gayle King, who holds the title of Duchess of Oprahlandia, was able to stop a story in its tracks this morning. King denied the chatter that Oprah Winfrey is the godmother of Beyonce and Jay-Z’s daughter, Blue Ivy.

“It’s absolutely not true that she’s the godmother,” King said on this morning’s show. “She’s friends with them, of course, and likes them both very much. She’s working on sending them a baby gift. She hasn’t even had time to send a baby gift because she’s been away.”