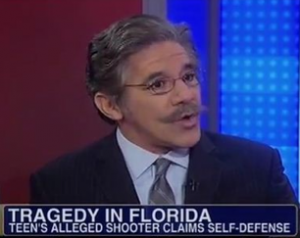 Geraldo Rivera is apologizing for remarks he made about hoodies and how wearing one may have factored in the death of teenager Trayvon Martin last month.

However, Rivera did not retract his offensive statement.

“I think the hoodie is as much responsible for Trayvon Martin‘s death as George Zimmerman was,” Rivera said last Friday on “Fox & Friends,” a position he repeated later on “The O’Reilly Factor.”

“I apologize to anyone offended by what one prominent black conservative called my ‘very practical and potentially life-saving campaign urging black and Hispanic parents not to let their children go around wearing hoodies,’” Rivera wrote in an email to Politico.

Rivera said that “by putting responsibility on what kids wear instead of how people react to them I have obscured the main point that someone shot and killed an unarmed teenager,” and that he was offering a “sincere and heartfelt apology” to anyone he may have offended in his “crusade to warn minority families of the danger to their young sons inherent in gangsta style clothing; like hoodies.”