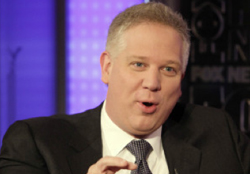 Glenn Beck confirmed his imminent departure from his daily Fox News program during the start of his Wednesday show. Beck and Fox News announced earlier on Wednesday that he will “transition” out of daily television, and will instead produce specials for the network.

“I am going to leave this program later this year, but I am not leaving Fox, and I will explain at the end of the program,” Beck said. “There is much more important news than ‘what’s the big fat chunky guy on TV going to do in his future?’ This show has always been about our country’s future.”