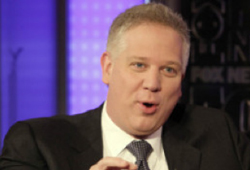 Glenn Beck may be one of the hottest talk show hosts in the country, but he apparently left New York’s WOR cold.

WOR (710 AM), one of the city’s two biggest talk radio stations, said this morning it is dropping Beck’s syndicated show as of Jan. 17 and replacing him with a familiar New York name: Mike Gallagher.

“The reason is ratings,” said WOR program director Scott Lakefield. “Somewhat to our surprise, the show wasn’t getting what we wanted.”

Beck, whose style is sometimes off-center and who hosted a well-publicized national rally in D.C. last year, has been seen as one of the rising conservative radio and TV talk stars.

The trade magazine Talkers ranked him No. 3 on its “Heavy Hundred” list last year, trailing only Rush Limbaugh and Sean Hannity.

Gallagher was a long-time host on WABC (770 AM) before he moved to national syndication several years ago. WOR general manager Jerry Crowley praised Gallagher as a New Yorker who will comment more on local issues than Beck.

Gallagher’s show will originate part of the time from WOR’s studios, the station said.

Gallagher said it’s a privilege to join a station like WOR, and that he looks forward to increasing “ratings and revenue.”

WOR’s move is certain to trigger speculation about where Beck could land next in New York, since his syndicators at Premiere do not want to lose an outlet in this market.

WABC has no vacancies at the moment, having recently hired Joe Crummey for the 10 a.m.-noon slot. WNYM (970 AM) is also a possibility.