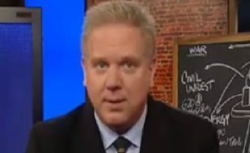 For the month of April, Glenn Beck suffered his first year-over-year decline since joining Fox News in January 2009, declining 7% in total viewers and 6% in the demo compared to April 2009. Moreover, Beck shed 28% of his audience between January and April in both total viewers and the demo.