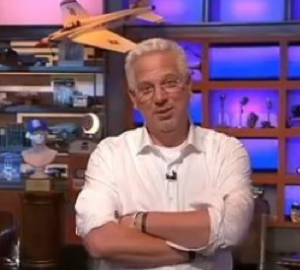 As Beck promised earlier this month, “The Liberty Treehouse” will take on history and the day’s news for children. But the show will also take on politics, as Politico reports, entering territory that remains largely uncharted by children’s programming. GBTV’s Raj Nair will host the show, which airs at 4 p.m. and leads in to Beck’s program.

Joel Cheatwood, the president of programming at GBTV, told Politico, “In the first show, Raj Nair, the host, in a behind-the-headlines segment, is going to talk about straw polls and debates — what they are, where they come from and why they are important.” He added, “I don’t know any kids show that took that on.”

Nair will deliver kids’ news, while young adult author James Rollins, who is also a trained veterinarian, will do segments on science. Specials will take on topics like peer pressure and bullying. “Treehouse” will also replay episodes of old shows like “Ozzie & Harriet,” “Flash Gordon,” “Popeye” and “Superman” — which Cheatwood said “represent a time when values and family were important.”

Beck nodded to the name of the show earlier this month, when he explained that the Liberty Tree was a rallying point during the American Revolution. His website has already called out for audience members, catering to kids ages 8 to 15.

The show will draw from the “Drive Thru History” series on American history by the conservative evangelical National Day of Prayer Task Force.

But the children’s show also represents Beck’s attempt to branch out from his typical following from radio and Fox News. When GBTV launched earlier this month, its most-hyped element was Beck’s new two-hour show, which was similar to his former Fox News program. He had said, however, that he would have complete creative control over the new network, and has also added a reality show about the creation of GBTV, comedian Brian Sack and a show anchored by his radio co-hosts to the programming line-up.