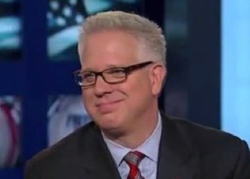 Glenn Beck announced in a live show that he has sold his Connecticut mansion and will be leaving the New York City area.

Wire Update caught the performance, which was being held in Albany on Saturday and streamed online, and reported that Beck had said that his home has been sold.

Beck also talked about the new media empire he intends to build once his departure from a daily role at Fox News is complete. Among other things, he said he will be building a “research department” and develop a “new way to communicate with each other.” And, he said, he will be leaving New York City.

“As we build a new media I’m not building it in New York,” he said. TVNewser reported, however, that even if Beck leaves, his company, Mercury Radio Arts, will continue to have many of its operations in New York.

Beck has a swanky New York apartment; it’s not clear if he’s selling that too. One thing he will certainly miss: seeing Broadway shows. He’s a devoted theater-goer, and has recently praised the “Spider-Man” musical repeatedly.