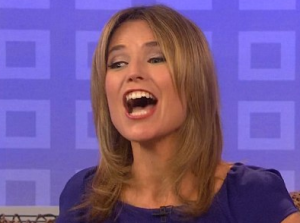 In preliminary fast affiliate numbers for Monday, “Good Morning America” topped “Today” in both Total Viewers and younger viewers. It’s the first time in six years, since February 2006, that “GMA” won a Monday in both ratings measurements.

Yesterday saw the debut of Savannah Guthrie as co-anchor of “Today” and the launch of “Good Afternoon America,” the limited-run extension of ABC’s morning franchise.

Final numbers for the week of July 2 will be in on Thursday.