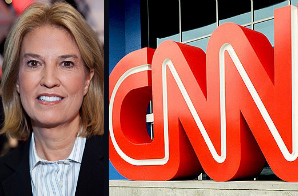 Despite her recent criticism of CNN as having taken a “softer” approach to the news, it turns out Fox’s Greta Van Susteren may have sought employment there recently.

According to our high-level sources within CNN, the Fox host initiated several meetings with CNN Worldwide President Jeff Zucker earlier this spring, inquiring about a potential return to CNN.

She had previously worked at the network during the 1990s, rising to prominence as a legal analyst during the coverage of O.J. Simpson‘s murder trial. She also co-hosted CNN’s legal show, Burden of Proof, from 1994 until 2002, whereupon she departed for Fox News.

Van Susteren recently discussed CNN’s “softer” approach in a negative light, lamenting to Larry King that it was a “stupid” move for the network to let him go back in 2010. Some saw her remarks as a “swipe” at CNN’s re-branding, but in a blog post she asserted that she “appreciates and admires” the network’s journalists, and that her views on the network are no more “harsh or different from anyone else’s.”

The On the Record host’s alleged flirtations with coming back to CNN may indicate that, even though she just re-signed a deal with Fox, her 10 p.m. primetime slot could be in trouble.