How Ed Schultz Went From Small Town Radio to MSNBC 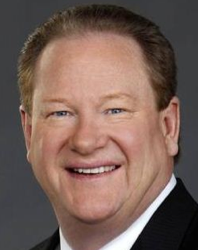 Columbia Journalism Review profiles Ed Schultz, tracing his career as he evolved from a “right wing shock jock” to an MSNBC primetime host. Schultz, a “fired up everyman,” made a name for himself as a college athlete and a radio host before setting his sights on television:

His satisfaction was soon replaced by that familiar restlessness—that desire to, as his high-school friend had put it, “be somebody.” Schultz’s ambitions naturally turned to television. After a day of fulminating at the radio station in Fargo, he says he would return to his lakeside home in rural Minnesota and redirect his ire at the cable-news shows. “I just would scream at the TV set: ‘Why can’t I get a chance to do that?’”

In 2007, Schultz bought a $150,000 satellite camera and had it installed in the Fargo radio station. Now the playing field between the heartland and the coasts was a bit more level, and Schultz began appearing as a talking head on CNN, MSNBC, and Fox. “I had to make Ed Schultz a bigger brand if I was gonna do this,” he says.

How Ed Schultz Went From Small Town Radio to MSNBC