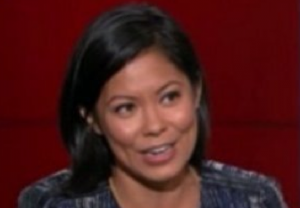 Alex Wagner, an MSNBC political analyst and former reporter for The Huffington Post, is set to become the newest host for MSNBC.

TVNewser obtained an internal memo Thursday announcing that Wagner will take over the 12 PM slot on the network. The slot was formerly filled by Contessa Brewer, who left in August.

The move continues a trend at MSNBC. The network has been open about its aggressive promotion of its contributors, and about its intentions to give many of them shows of their own. MSNBC President Phil Griffin had mentioned Wagner and Chris Hayes (who now has a weekend show on the channel) as two people he was seeking to find spots for in his lineup.

Wagner’s promotion also continues MSNBC’s rather extensive rejiggering of its schedule. Just in the last two months, it has given permanent slots to Hayes as well as Al Sharpton. And on Wednesday, the network announced that it is swapping the time slots for Ed Schultz and Lawrence O’Donnell.

It is not clear when Wagner will start her new job.