Is Elizabeth Hasselbeck ‘Toast’ at ‘The View?’ 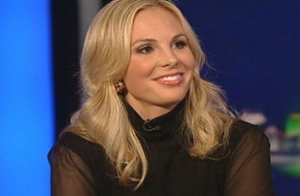 The New York Post is reporting that it’s pretty much over for Elisabeth Hasselbeck as a host of The View even after Barbara Walters said a week ago that such talk was nonsense.

Hasselbeck’s departure, according to the Post’s source, has been in the works for quite some time and immediately follows the ouster of Joy Behar. Her contract is not up until next year so it’s anybody’s guess as to where she’ll end up.

Rumors swirling that Hasselbeck was on her way out forced Walters to say last Monday, “We have no plans for Elisabeth to leave this show.” But a source tells us, “ABC is desperate to freshen the show. Ratings are going soft, and research numbers on the stars’ likability are scaring network execs.

Speculation about reasons for her ouster have been rampant but they’ve largely revolved around her conservative views not ratings or a rebooting of the show. Walters denied that she would be ousted because of her views and said that he a great relationship with Hasselbeck.

Is Elizabeth Hasselbeck ‘Toast’ at ‘The View?’