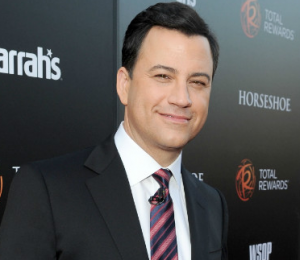 Kimmel revealed a few jokes that were too racy for the room and also talked to Anderson Cooper about the CNN joke he made:

“You look great always, you are indeed the silver fox, but the HD is not helping the folks there at CNN, I think it is time to just go back to “D,” Kimmel quipped to Cooper.

Kimmel also talked about his Keith Olbermann joke, and the response he received on Twitter from the former MSNBC and Current TV host. Even Cooper got in the game. “He responded on Twitter, which I think is the only media form he still has access to,” Cooper quipped.