Joe Muto to Plead Guilty For Blogging About Fox News 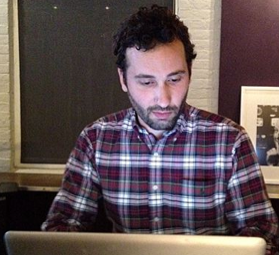 The agreement, in which the Manhattan District Attorney’s office has pledged not to file harsher felony charges in exchange for Muto’s guilty plea on lesser offenses, stems from unaired, behind-the-scenes Fox News footage that was published on Gawker last year in posts attributed to the Fox Mole.

Muto was an 8-year Fox News employee — an “O’Reilly Factor” associate producer — who turned on the network, became a “mole” writing stories for Gawker and was subsequently revealed, and fired. He was later charged with a crime. Gawker’s John Cook says Muto will pay a $1,000 fine, forfeit the $5,000 Gawker reportedly paid him, and serve more than 200 hours in community service. Muto’s book, “An Athiest in a Fox Hole” is still set for release in a few weeks.

Joe Muto to Plead Guilty For Blogging About Fox News