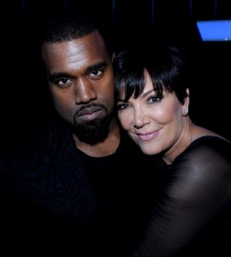 The sit-down, which was conducted on Monday, will air this week on Jenner’s talk show “Kris.”

A source close to the production tells Gossip Cop the rapper and Kim Kardashian baby daddy, who tends to avoid interviews, talks openly about a range of issues, and that the audience “went crazy” when they found out he was the episode’s unexpected guest.

During the conversation, West opens up about his two-month-old daughter North and his love for Kardashian.

He and Jenner were most recently seen together… eating dinner in a video Kardashian posted online.

Are you looking forward to seeing them on “Kris”