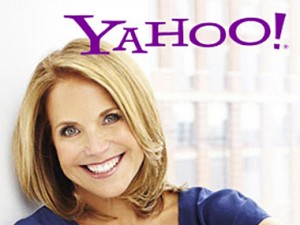 Yahoo has added yet another media star to its ranks: Katie Couric will join Yahoo early next year as its “global anchor.”

CEO Marissa Mayer confirmed Katie Couric’s hiring in a Tumblr post on Monday. The post didn’t go into great detail about what Couric’s role will entail, but she will be “the face of Yahoo News and [shoot] features for our homepage,” Mayer wrote. Yahoo recently purchased Tumblr for $1.1 billion.

The Yahoo deal appears to end the news role that Couric held at ABC News — but she will continue to host her ABC daytime talk show, “Katie,” which debuted in September 2012 and was renewed for a second season at the beginning of this year.

Couric brings a ton of star power to Yahoo, as Mayer appears to be on a quest for big-name media talent.