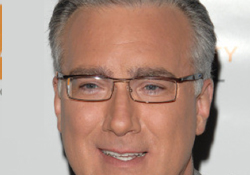 The New York Times’ Brian Stelter reported on Wednesday that Current had confirmed the time to him.

This will mean that Olbermann will be going up against his favorite old rival–Bill O’Reilly–and a new one: Lawrence O’Donnell, who took Olbermann’s old slot on MSNBC.

The show is likely to begin in late May, the Hollywood Reporter wrote on Wednesday. On Tuesday, Olbermann told reporters that the show–which has yet to be given a name–“will be for all intents and purposes an improved and we hope amplified and stronger version of the show that I just did at my previous network.”