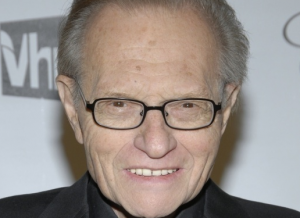 Some people want to be buried when they die. Others want to be cremated. At the age of 78, Larry King has one posthumous wish: he wants to be frozen.

The former CNN host made the admission on his “Dinner With King” special on Sunday, according to the Hollywood Reporter. He told his guests, “I wanna be frozen, on the hope that they’ll find whatever I died of and they’ll bring me back.”

King’s guests on the special, which featured a dinner party at his Beverly Hills home, included “Family Guy” creator Seth MacFarlane. When McFarlane asked if King “was a little obsessed with your own mortality,” King admitted that his “biggest fear is death, because I don’t think I’m going anywhere.”

Will Chelsea Handler Be Guest-Hosting on CNN?